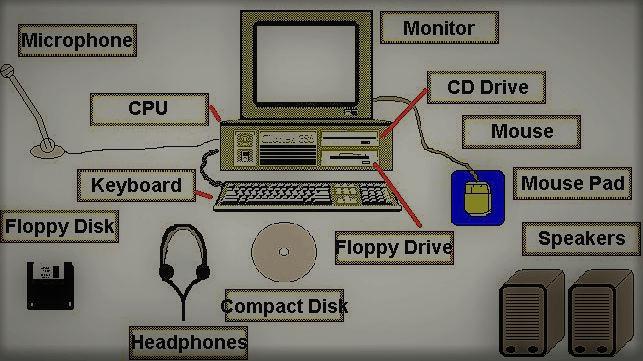 Your Guide To Basic Computer Terminology

Ram? Mouse? Isn’t one a animal and one a rodent? Ram…that is the zodiac sign for Aries… If this is what these words mean to you than you can surely use this quick glossary of computer terminology. It would be a good idea to read through them before purchasing a computer because these are things you should know about first. If you already have a computer then these computer terms can help you know what to do if your new computer equipment is unfamiliar. Lastly, this computer terminology can help you if you have to call in for technical help.

Cache: Cache is another type of memory kindred to RAM. The computer uses cache to quickly move data between the RAM and the CPU.

CD-ROM Drive: Most new computers now come with a CD-ROM drive as standard equipment. A CD-ROM drive reads data from a disc. These CDs look like a music CD, but hold data instead of music. CD-ROMs also contain games, dictionaries, recipe files, and lots of other things that you can load onto your computer.

CPU: The CPU, or central processing unit, is the brains of the computer. Most new Windows based programs use a Pentium processor or a AMD Athlon XP. New Macs use a different type of CPU called Power PC.

Hard Drive: The hard drive is also called the hard disk. You’ll probably never see it because it is nestled inside your computer. It’s the computer’s electronic filling cabinet, and it stores the computer’s operating system, files, programs and documents.

Keyboard: Just like a typewriter keyboard, this device is the primary way of inputting data into the computer programs.

Megahertz (MHz): This is the clock speed of the microprocessor. The higher the number, the quicker the information is processed. MHz relates to how many millions of instructions can be processed per second.

Memory:This is the circuitry or device that holds information in an electrical or magnetic form. There is read-only memory (ROM), which is information primarily stored on a disk, and random-access memory (RAM), which is chip-based storage inside the computer. Memory is typically measured in megabytes (MBs).

Modem:This mechanism connects a computer to a phone line so information can be sent from one computer to another or the user can access an on-line service or the Internet. In view of the popularity of the Internet, a modem is now considered basic equipment and comes on practically all-new computers. Most modems come with fax capabilities.

Monitor: An output device that allows you to see what you are doing (it is what you are looking into right now to see this). Most computers come with 14 or 15-inch monitors. This size is good for most people’s needs. Larger 17 or 21-inch monitors also are available, but may cost more. Myself, I prefer the 17-inch.

Motherboard:The motherboard is the circuit board that everything in the computer plugs into. The CPU, RAM and cache all plug into the motherboard.

Mouse: The mouse is another input device that makes getting around in your computer easier. It is a handheld object that is good for doing tasks such as moving and pointing to objects on the screen, and can replace the function and control keys of the keyboard. (If you need a lesson on how the mouse works and how to use it click here for a tutorial.)

Printer: A printer is an essential part of the computer if you want a hard copy of your work. There are four types of printers on the market: dot matrix, inkjet, bubble jet and laser. The dot matrix is the most basic. Most inkjets and bubble jets can print color and graphics, and a laser printer offers the best resolution at the highest speed.

RAM:Computers save data in two ways: on the hard drive and in random access memory or internal memory. New computer buyers should look for models with at least 16 MBs of RAM (or more, depending on what types of programs you’ll be running). Make sure that the computer can be upgraded.

Scanner:A scanner is a useful accessory to have if you are working with lots of artwork or photos. This device can copy written documents, pictures or photographs directly into your computer. There are three types of scanners: handheld, hopper-feed and flatbed.

Sound Card: This device allows your computer to reproduce music, sounds and voices. Make sure you have a sound card if you’re planning to play multimedia games.

Video Card: The video card is the part of the computer that sends the images to the monitor.

Well there you have it, a quick course on computer terms. I hope it has helped to guide you in your purchase of a new computer; or to help you with the one you have.